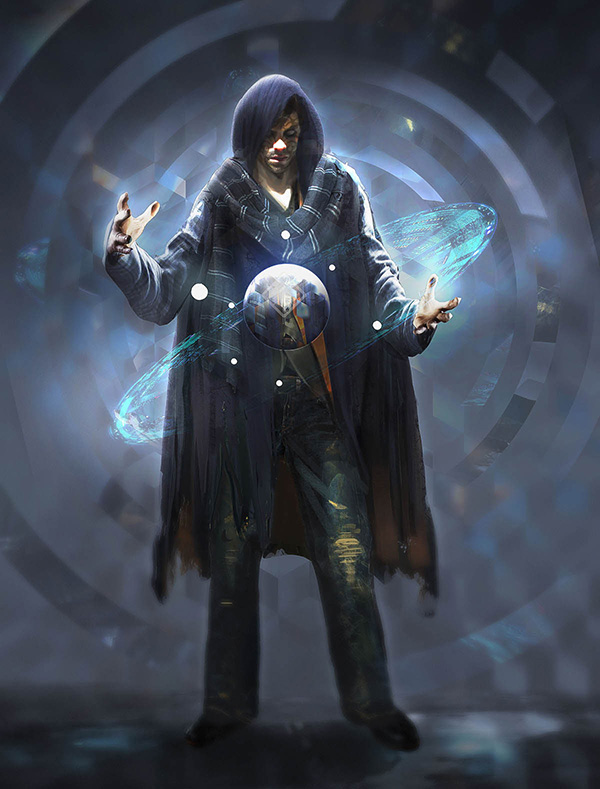 Though all wizards lament the lack of time in one's life, daring are the wizards who utilize arcane secrets to actually challenge the inviolable laws of time. Chronomancers, as they are known, do not focus on a single school of magic, but instead apply all schools of magic to the singular goal of bending the flow of time to their will. Meddling with the flow of time is not without a cost, and many Chronomancers display odd quirks as a result of their work, such as misusing tenses when speaking, losing track of time, or an obsession with being surrounded by clocks. Nevertheless, Chronomancers readily accept this price, for those who control the past also control the future.

All Possible Outcomes
Beginning when you select this school at 2nd level, you begin to see glimpses of the future possibilities. You add your Intelligence modifier to Initiative checks and you cannot be surprised.

Time Skip
At 2nd level, you can skip back in time to a space you occupied moments ago. As a reaction, you may teleport back to the location you occupied at the start of your turn. This allows the chronomancer to move, act, and then return back to where they were before moving that turn. Using Time Skip does not provoke an attack of opportunity.

Delay Spell
Starting at 6th level, once per long rest you can delay the effects of a spell, pushing them to a later point in the timestream. On your turn, you cast the spell as normal, using the spell's normal casting time and expending spell slots, but the effect does not occur immediately. Instead, you must designate a time anywhere from 1 turn to 1 minute from the present. The spell's effects will occur at that time (occurring on your future turn if applicable). Since the spell was cast in advance, this does not prevent you from casting another spell at the same time the delayed effect occurs. If the spell targeted a creature or object and that creature or object is not on the same plane of existence when the delayed effect would occur, the spell fails.

Last-Minute Preparations
At 10th level, the chronomancer can manipulate their own past to rewrite their spell preparations. As a bonus action, you may replace one prepared spell with another from your spellbook. Once you have used this ability, you may not use it again until you have finished a short or long rest.

Second Chances
Starting at 14th level, a chronomancer can more significantly rewrite their immediate past, allowing them another opportunity at their own actions. At the end of your turn, you may spend a reaction to reset your turn. Any movement you did during this turn is reversed and you are returned to your original position at the start of the turn, without provoking an attack of opportunity. Any action you took this turn is undone: damage inflicted or sustained on your turn is restored, any spell slots spent are returned, etc., as if your actions never occurred. You may then decide anew what you are doing on your turn, allowing you the option to entirely change your decisions, or perhaps repeat them with new rolls. Once you have used this ability, you may not use it again until you finish a long rest.

Thematically, the warlock is one of my favorite classes in 5th Edition Dungeons & Dragons. But mechanically, I felt they were underwhelming. My character felt really cool in my head, less so in an encounter. I made a tweet about it and it turns out I wasn't the only one

In mastering their arts of time, chronomancers have unlocked arcane secrets, some of which were lost centuries ago and some of which will not be discovered for centuries to come. Flicker Conjuration cantrip Casting Time: 1 bonus action Range: Self Components: V,S Duration: Instantaneous Available To: Sorcerers, Warlocks, Wizards