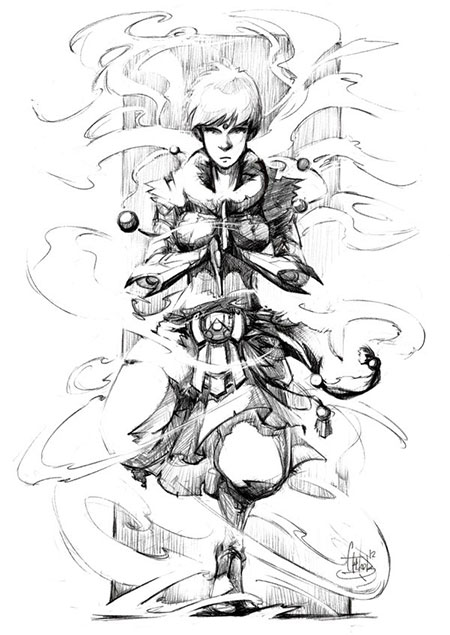 The monks who study the Way of the Seven Temples have a deep understanding of ki, the energy in all living things. They have devoted their lives to studying the seven temples, areas of the body where ki is stored and accessed, which gives them an impressive ability to manipulate ki in themselves and others.

The Seven Temples of Ki are:

Each temple is a center for a specific type of ki, and these monks use that knowledge to enrich the ki in allies and inhibit in their enemies. Despite their healing talents, these monks are not pacifists. They understand that those who accumulate dark ki are dangerous and must be confronted before their corruption spreads.

At 3rd level, a new monk of the Seven Temples learns the Wind and Water Technique, a method for redirecting ki to heal themselves and others. Whenever you hit a creature with one of the attacks granted by your Flurry of Blows, you can heal yourself or an ally within 5' for the same amount of hit points as the damage you inflicted on the strike.

Additionally, you can choose to sacrifice some of your own ki to heal an ally. In this case, you must be able to touch the ally and you must spend 1 ki point for every 3 hit points you heal.

At 6th level, the monk learns how to remove harmful conditions from themselves and others by aligning the ki in their seven temples. By taking an action and spending 2 ki points, the monk may touch a target and remove one of the following conditions: blinded, deafened, paralyzed, or stunned. The monk can use the same ability to remove the blinded or deafened condition from themselves, by taking an action and spending 2 ki points. If an effect is causing the condition, this ability removes that effect.

At 11th level, the monk learns a secret method for striking at the sources of energy in his enemies in such a way as to impede their ki. If the monk successfully strikes a single target with both of the attacks granted by their Flurry of Blows, the target must make a Constitution saving throw or be stunned until the start of the monk's next turn.

Thematically, the warlock is one of my favorite classes in 5th Edition Dungeons & Dragons. But mechanically, I felt they were underwhelming. My character felt really cool in my head, less so in an encounter. I made a tweet about it and it turns out I wasn't the only one

In mastering their arts of time, chronomancers have unlocked arcane secrets, some of which were lost centuries ago and some of which will not be discovered for centuries to come. Flicker Conjuration cantrip Casting Time: 1 bonus action Range: Self Components: V,S Duration: Instantaneous Available To: Sorcerers, Warlocks, Wizards