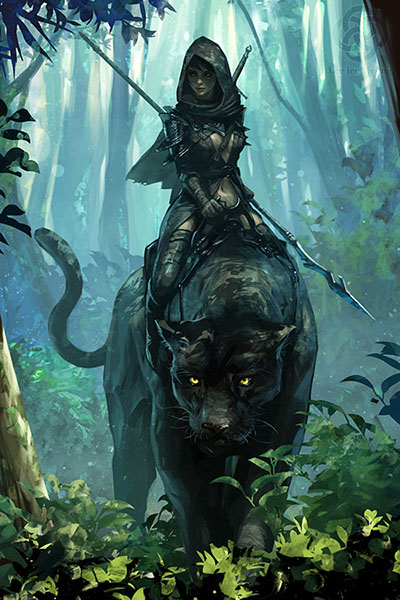 The Beast Master archetype embodies a friendship between the civilized races and the beasts of the world. United in focus, beast and ranger work as one to fight the monstrous foes that threaten civilization and the wilderness alike. Emulating the Beast Master archetype means committing yourself to this ideal, working in partnership with an animal as its companion and friend.

At 3rd level, you gain a beast companion that accompanies you on your adventures and is trained to fight alongside you. Choose one of the beast templates shown below. Your beast companion's hit points equal half the ranger's hit point maximum and increase each level when the ranger's hit point maximum increases. Use the abilities and bonuses shown in the template, but add the ranger's proficiency bonus to all attack rolls, damage rolls, skill checks, Strength and Dexterity saving throws made by the animal companion.

The beast takes its turn on your initiative and on your turn you may use a bonus action to give a verbal command for your animal companion to follow. The beast will then follow this command to the best of its ability. The beast can move and take an action freely on its turn, but will not change its tactics unless commanded to do so. The animal companion's Attack action does not take the ranger's action.

While traveling through your favored terrain with only the beast, you can move stealthily at a normal pace.

If the beast dies, you can obtain another one by spending 8 hours magically bonding with another beast that isn't hostile to you, either the same type of beast as before or a different one.

Starting at 11th level, your beast companion can make two attacks when it uses the Attack action on its turn.

At 15th level, the ranger and his beast are one. You can now issue telepathic commands to your beast companion, regardless of distance, as long as the beast and ranger are on the same plane of existence.

By spending one minute in meditation, the ranger may also replace his senses with those of his animal companion, allowing him to sense all that the beast would sense, regardless of distance, as long as the beast and ranger are on the same plane of existence. The ranger may end this ability by spending an action to cancel the effect. 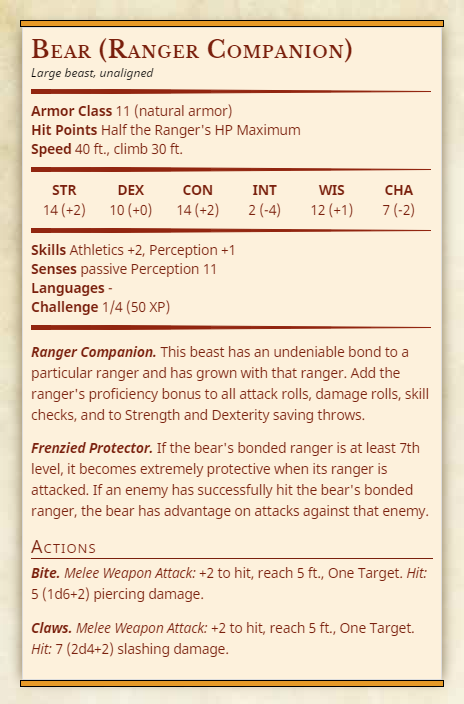 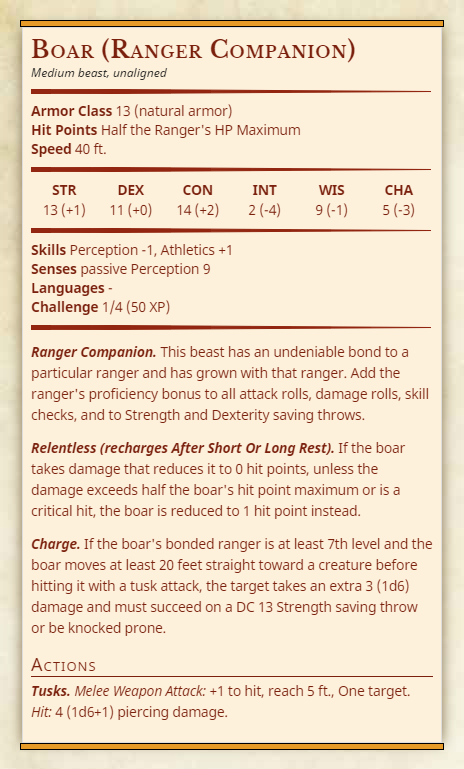 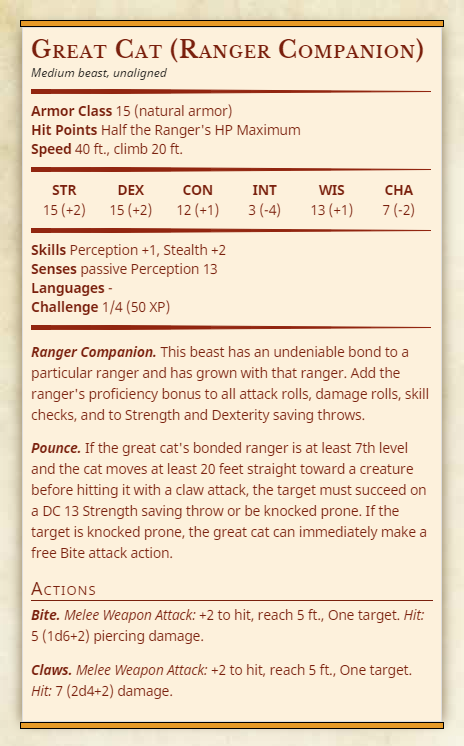 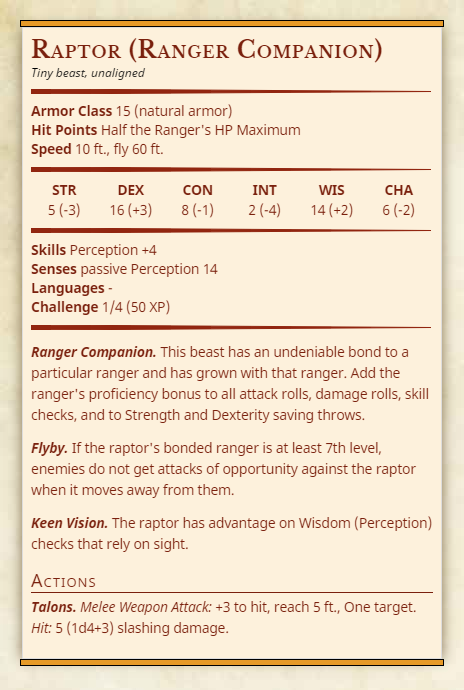